Member Maj. Gen. Rui Moura has published a fascinating article on Thomas Staunton St Clair,  a British officer, painter, and diarist during the Peninsular War, in which he shares his ‘discovery’ of the depiction of Lt. Col. James Ward Oliver being carried off the field mortally wounded during the 2nd Siege of Badajoz in 1811. The article is entitled ‘Thomas Staunton St Clair, the Sword, the Pen, and the Paintbrush’ and can be read in full here. 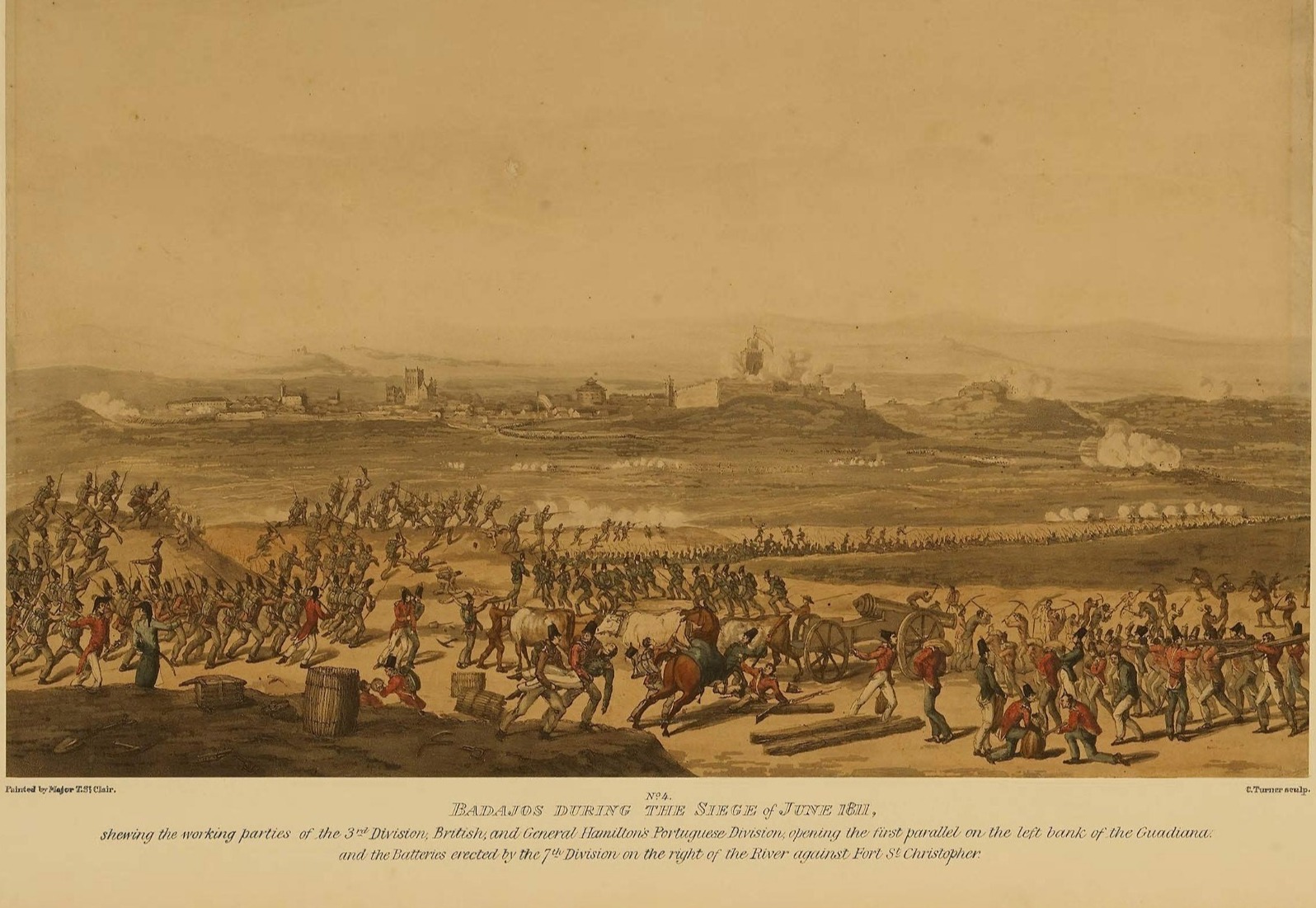 Badajoz during the Siege of June 1811, by St. Clair, Thomas Staunton

No. 4 of a Series of Views in Spain and Portugal. BADAJOS. DURING THE SIEGE OF JUNE 1811, showing the working parties of the 3rd Division and Hamilton’s Portuguese Division opening the first parallel on the left bank of the Guadiana and also the Batteries established by the 7th Division on the right bank of the river against Fort San Cristóbal.

Badajos during the Siege of June 1811, by St. Clair, Thomas Staunton. A Series of Views of the Principal Occurrences of the Campaigns in Spain and Portugal, Taken During the Peninsular War, Sketch n.o 4, p. 19. London: Colnaghi and Co.. Colecção Duarte Souza (ds-xix-190). Reservados, BNP, 1815.