The Chairman of the Friends of the British Cemetery, Nick Hallidie, welcomed visitors including Senhor Nuno Mocinha, Presidente da Camâra Municipal de Elvas, with the words:

"We are gathered again to remember those who fell in the battle of Albuera and the sieges of Badajoz, but one person is missing. Mike Ward and his companions in the “Travelling 57th” first visited La Albuera in 1991, 26 years ago. Although none of them spoke a word of Spanish, the village rapidly took them into its heart. I first visited La Albuera a few years later and was surprised to see these men dressed uniformly in grey slacks, white shirts with the distinctive Middlesex regimental tie, a blazer with the regimental badge and a beret.

Mr Ward was in charge, I was told. These visits were conducted as military operations; a warning order was followed by a movement order containing all the necessary admin instructions. Through age and infirmity, Mike has not been able to come recently and this year, we heard the sad news of his death, which marks the end of an era. We are very glad that his son and daughter in law are with us today, with John Raby and Alan Richardson the remaining active members of the “Travelling 57th."

"Truly Albuera is the most honourable of all the Peninsular blazons on a regimental flag”. Three of the regiments awarded this battle honour form part of the Princess of Wales’s Royal Regiment, who continue to maintain the tradition set by Mike and his companions of visiting every year.

I am happy to say that the Association of the Friends of the British Cemetery is very healthy. We have over 300 members, spread around the world and including one or two French nationals. This is due to the work of a very few individuals in Portugal, Spain and Great Britain, including Jackie and Selwyn Kennard’s work promoting the Friends in Lisbon. The Peninsular War has a special place in the hearts of the British Army. Never before or since, has there been a period of five years of warfare in which we did not lose a single battle. For the Portuguese Army, the defeat of the ‘Invasões francesas’, brought back the respect it richly deserved. In Spain, the winning of ‘La Guerra de Independencia’ demonstrated, if that were needed, their, often suicidal, courage in the face of overwhelming odds. We do well to salute the feats of our forebears in these lands two centuries ago.” 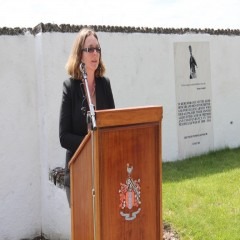 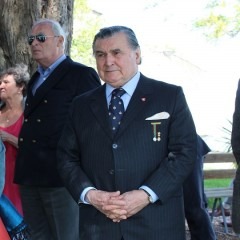 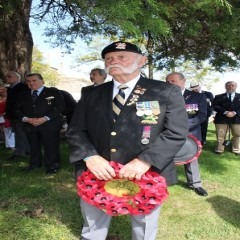 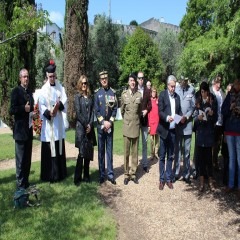 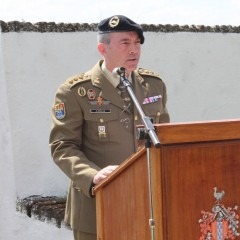 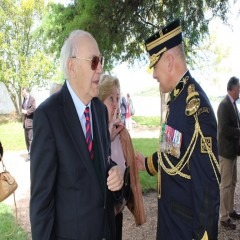 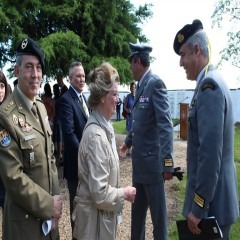 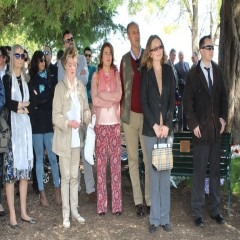 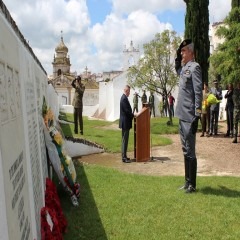 Maria, Trumpeter from the ‘Banda 14 de Janeiro’, played the Last Post and Reveille