After the Covid lockdown, the traditional ceremonies were resumed in Elvas and at La Albuera after a two year interregnum. Over 100 attended the Annual Ceremony in Remembrance for those who fell at La Alburera and Badajoz at the British Cemetery at Elvas, after a short Eucharist in the Chapel. 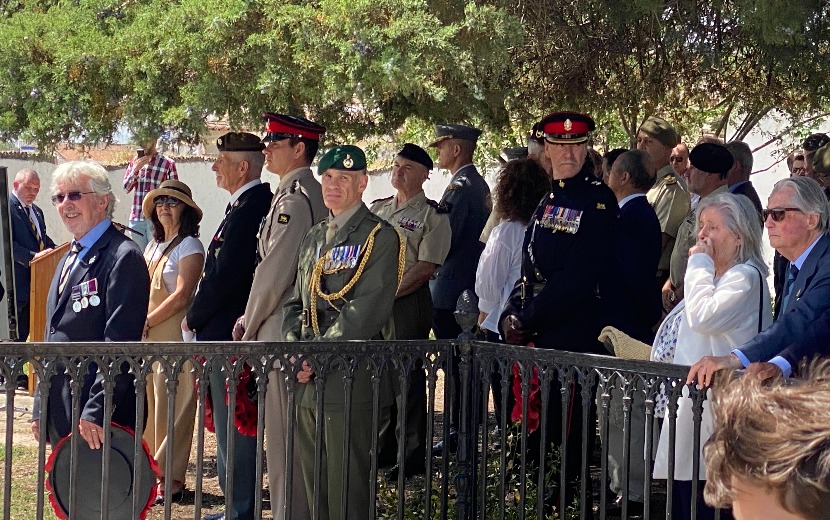 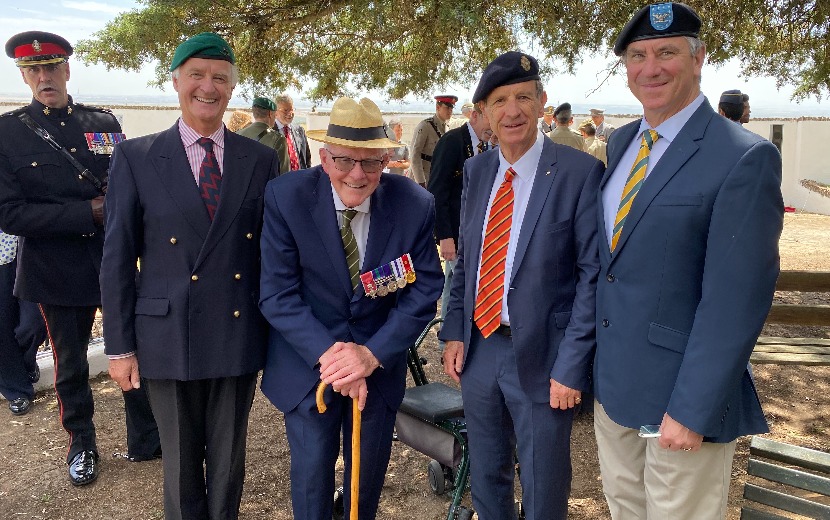 The ex-Chair, Maj. Nick Hallidie, flanked by members of the Friends

A record number of wreaths were laid at the foot of the memorial plaques and many local dignitaries participated in the ceremony and gave speeches, including representatives from the municipalities of Elvas, Campo Maior, Badajoz and La Albuera, as well as members of the Portuguese, Spanish and British military, the three Allies of the time, and also representatives of the Order of Malta and the Liga de Combatentes. The Irish Ambassador and the Military Attaché from the British Embassy also took an active part. Special thanks are due to the Chair of the Friends, Celia Denney and the Committee Members, all of whom contributed hugely to make the day possible and cleaned up the Cemetery a week before, as well as to the Rev. Fran Le Blanc, who celebrated Holy Communion before the ceremony and gave the prayers and blessing in the cemetery, and also to Stewart Streeting, who organised and conducted the ceremony with his customary skill and produced a splendid programme. He was also responsible for the presence of half the band of the Royal Gibraltar Regiment, who travelled all the way to be at the ceremony and whose participation made all the difference. A member of the band played ‘Reveille’ at the end of the two minutes’ silence to complement the playing of the ´Last Post’ by local musician Luís Santos, who was presented with a crystal glass bugle in recognition of his many years of participation. The Vice-Chair, Maj. General Moura, is also to be thanked for his intervention and for donating a framed print of the 2nd Siege of Badajoz in 1811 by Thomas St. Clair for the museum in the Chapel. 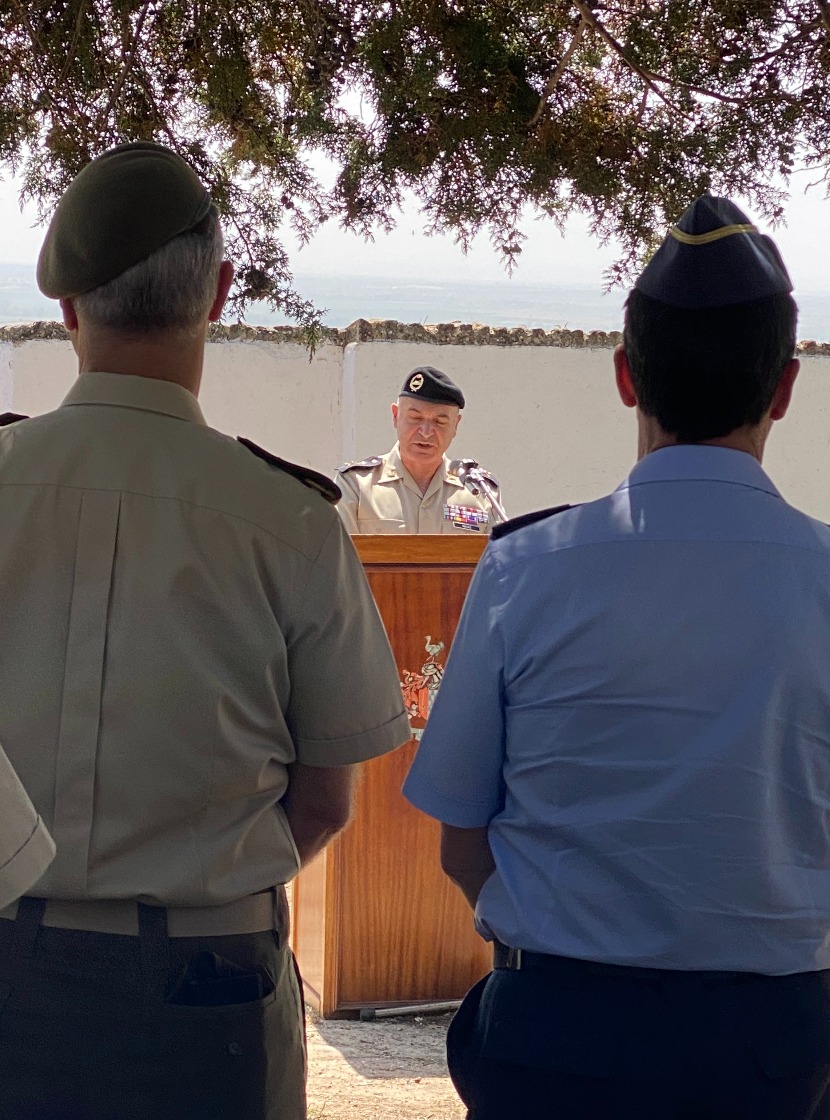 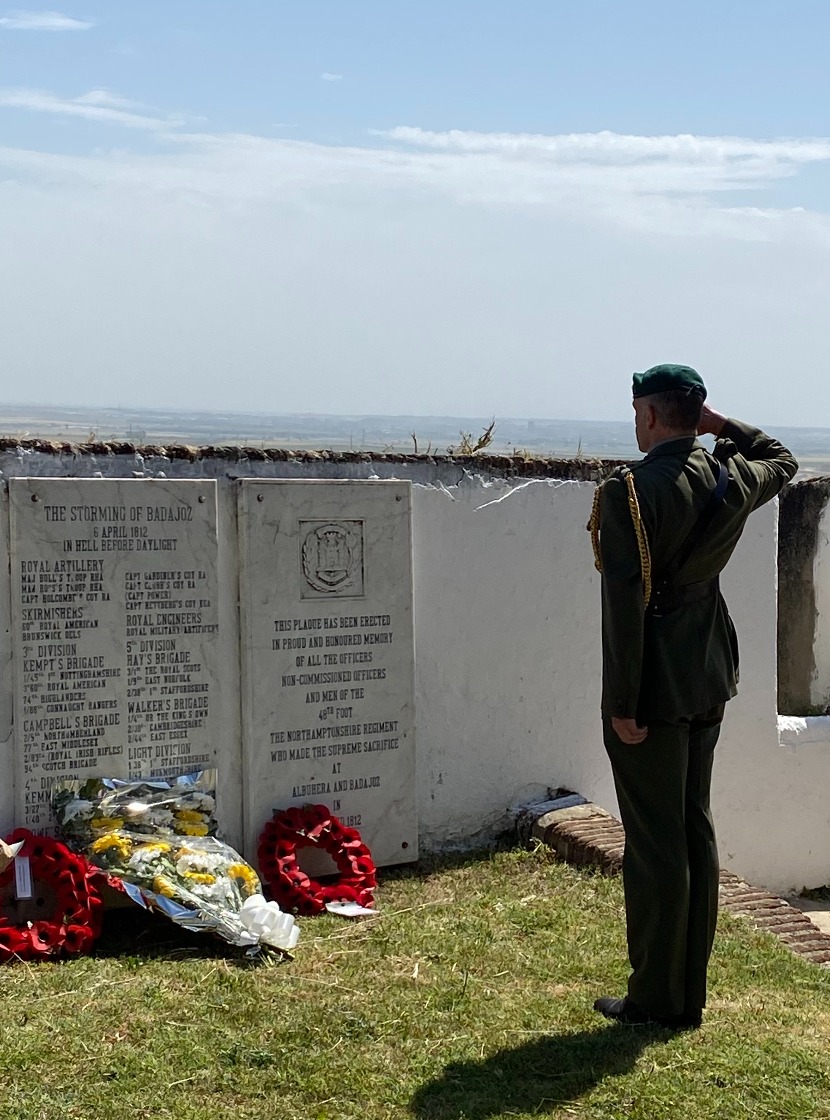 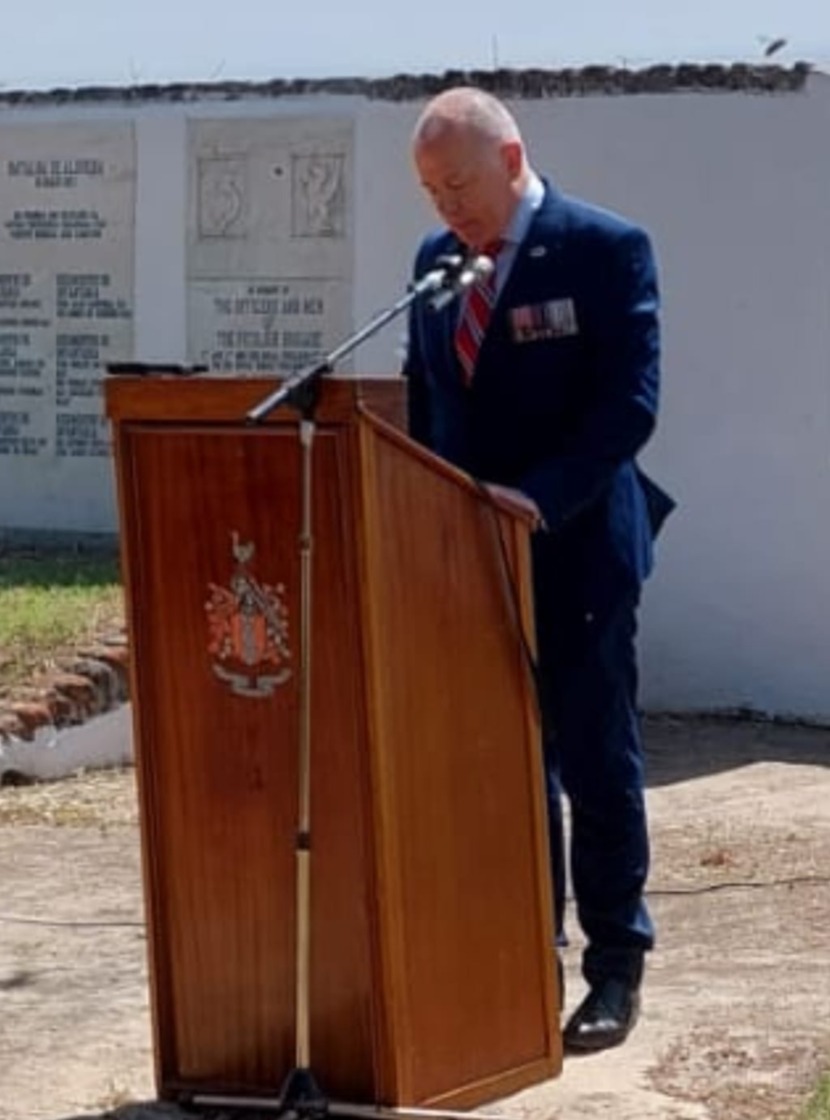 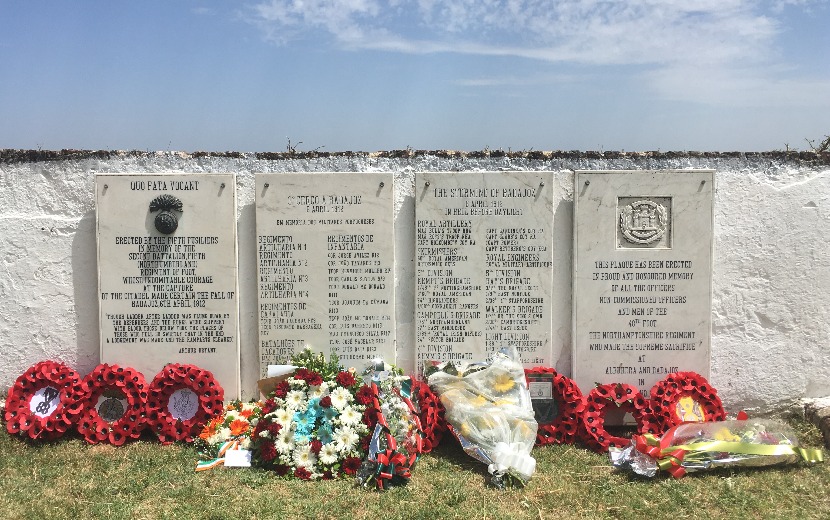 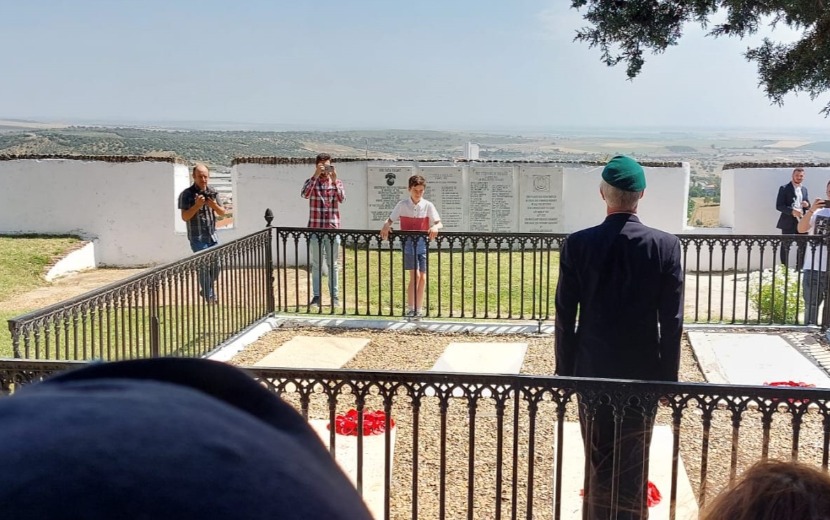 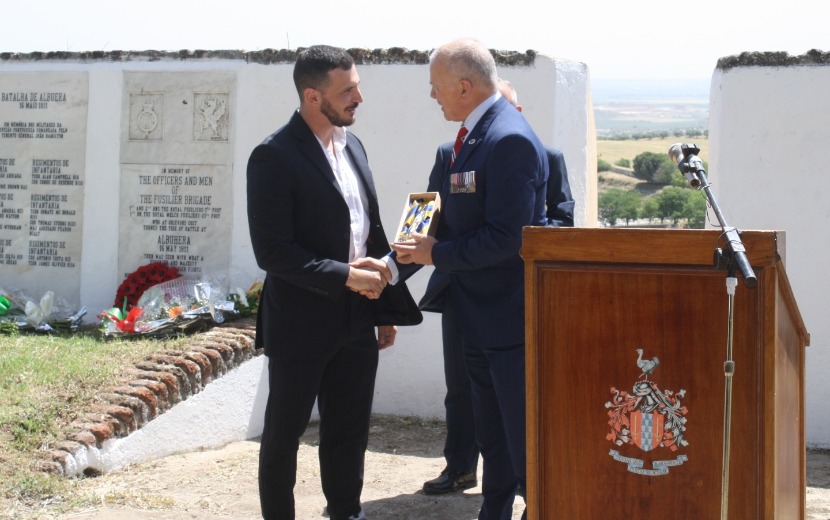 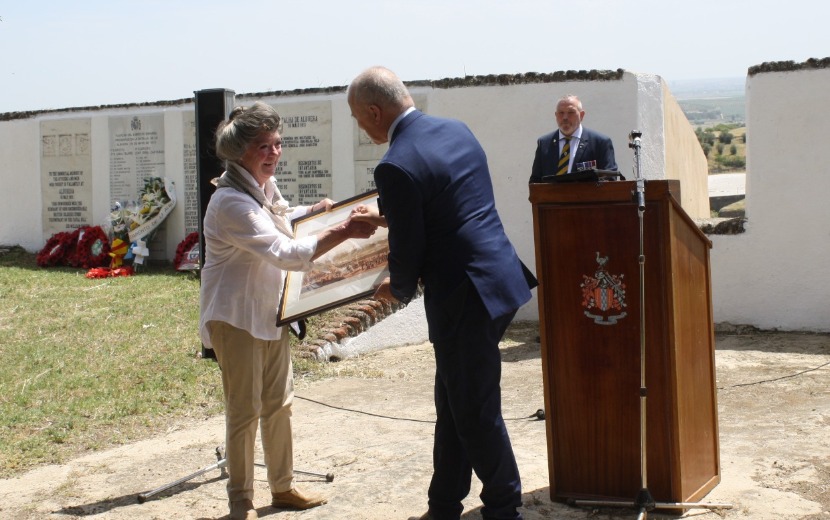 A gala lunch was subsequently held at the Varchotel, followed by the customary fund-raising auction of items generously donated by Members.  .  That evening Marcus de la Poer Beresford, the Chair of the Trustees, gave an excellent talk on ‘Major General Sir Denis Pack – Wellington’s best brigade commander’ at the Hotel Dom Luis, which was followed by a buffet supper. 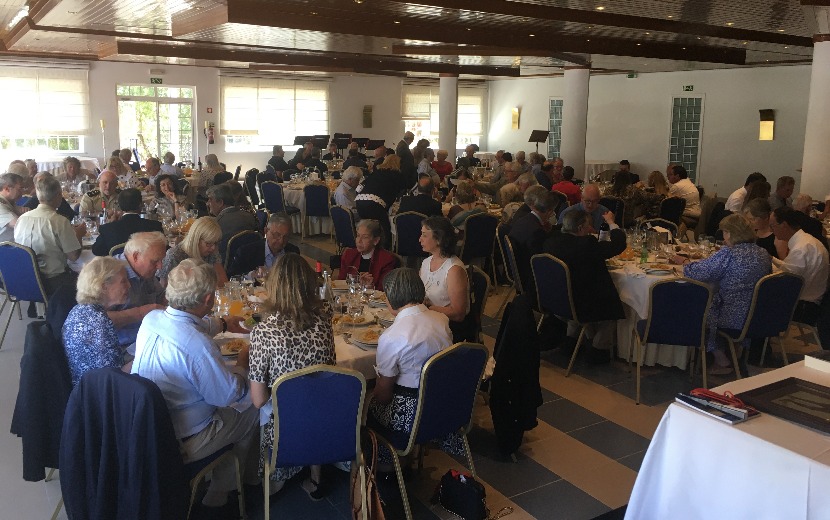 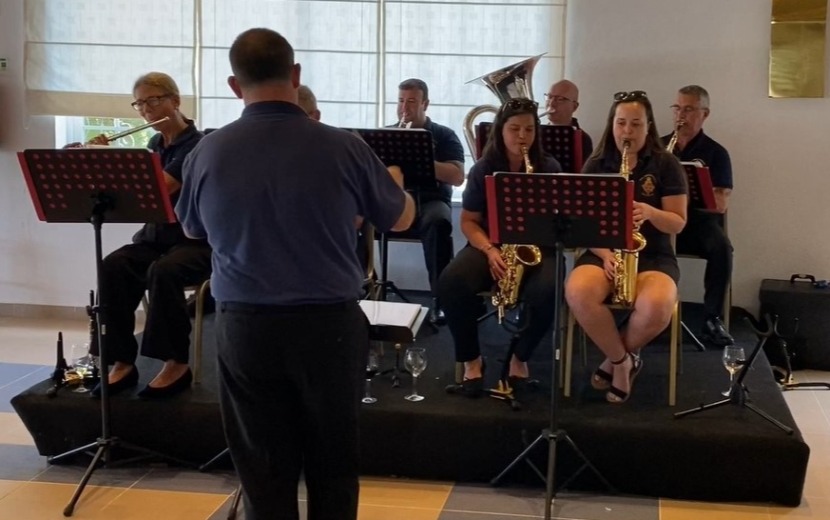 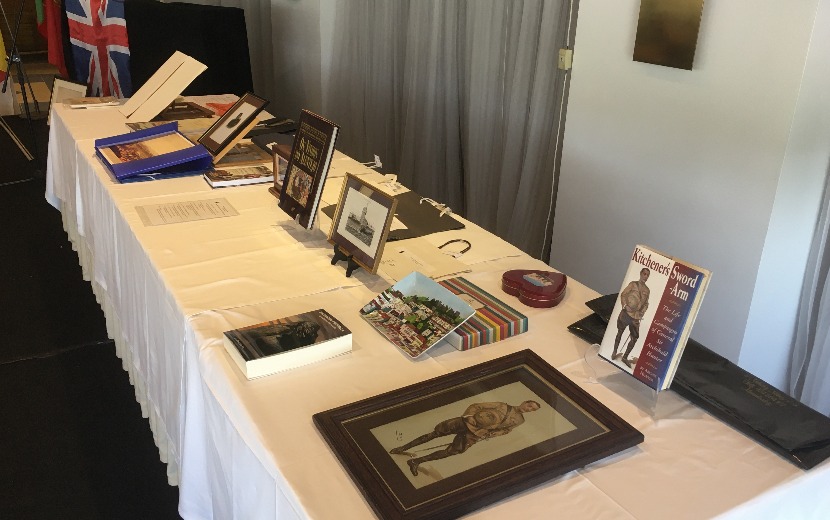 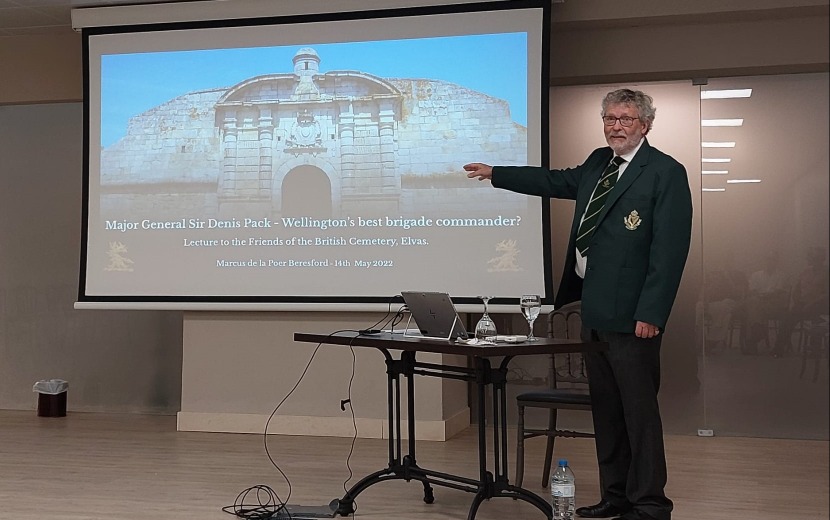 On the day following the Annual Ceremony, the Vice-chair, Major General Rui Moura, organised a series of most interesting events at Campo Maior, starting with a visit to the Delta Coffee Museum Science Centre. After a lively lunch at the Azeitona restaurant, which included a musical rendition by the owner, a group of 32 were given a tour by a guide from the municipality of the recently restored fortifications of Campo Maior, which was kindly organised by the Mayor of Campo Maior. Major General Rui Moura gave a brief description of Major Talaya’s gallant defence in 1811 with a handful of Portuguese troops until capture by the French, and Major Nick Hallidie, the ex-Chair of the Friends, explained Marshal Beresford’s subsequent recapture of the town and the (in)famous cavalry action. 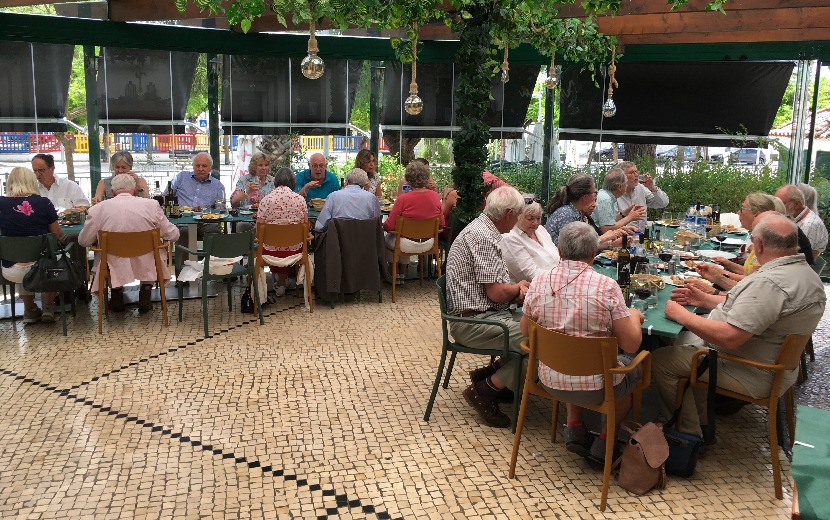 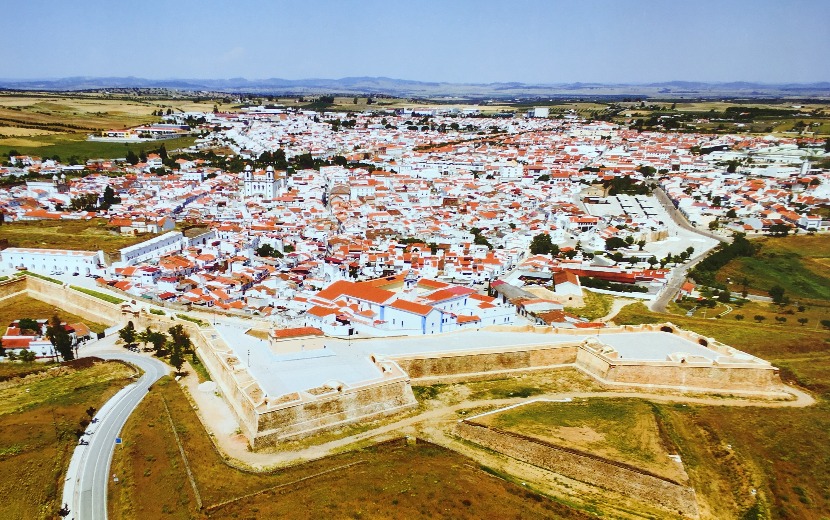 The fortifications of Campo Maior 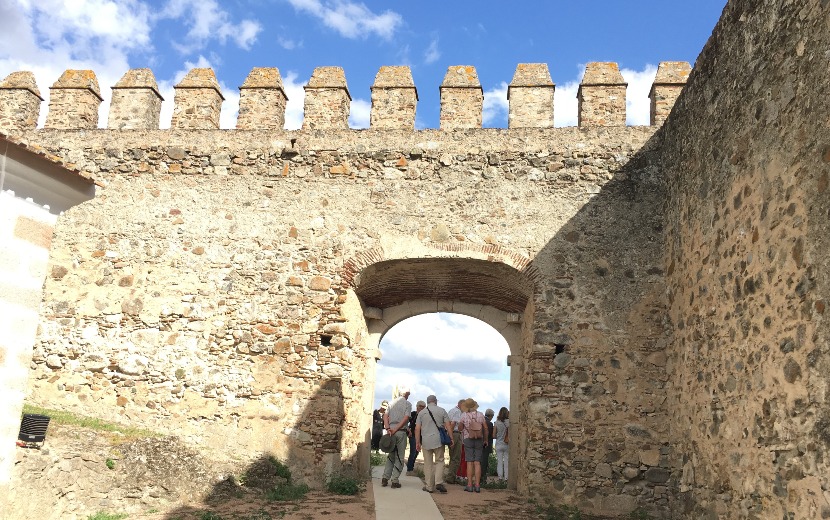 The Castle of Campo Maior 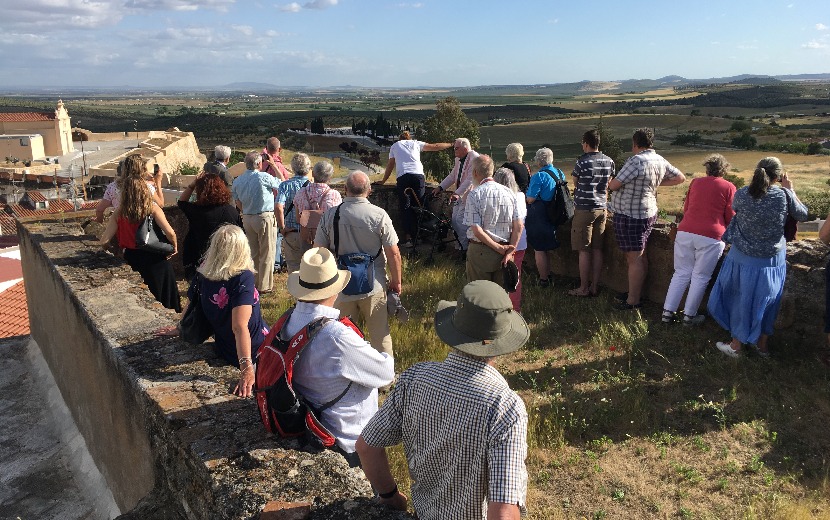 The view to Badajoz from Campo Maoir 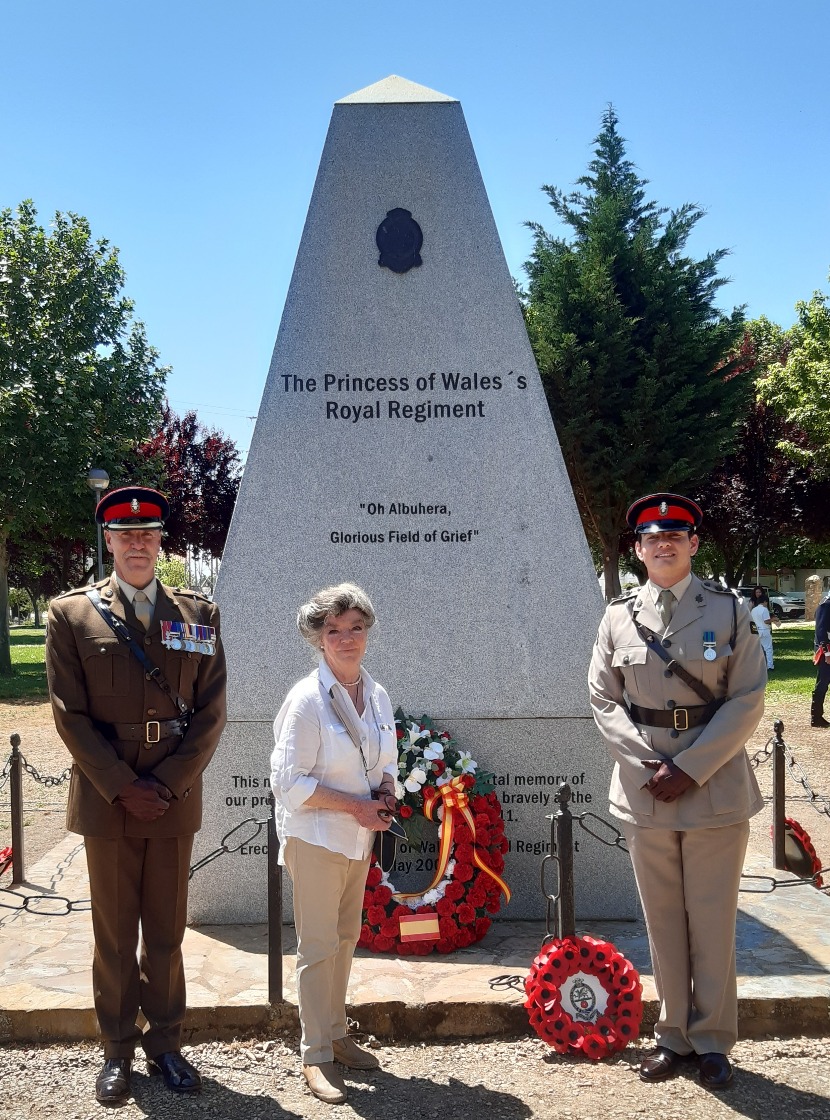 Several members of the Friends attended the habitual commemoration of the Battle of Albuera in the main square of La Albuera.

A wreath in memory of the thousands of Allied soldiers who fell at the battle of Albuera in May 1811 was laid at the PWRR Obelisk by the Mayor of La Albuera, D. Manuel Diaz Gonzalez and the Military Governor of Badajoz, Gen. D. Antonio Matas Balibrea. Subsequently, wreaths were laid by Col Steve Wall, PWRR, Capt. Richard Dagger, Middlesex, Stewart Streeting, East Surrey, and James Spicer, The Buffs. After the event, a buffet lunch was organised by the Mayor of La Albuera in the Centro Cultural.