On a bright and sunny morning on Thursday 11th of November, Members of the ’Friends’ from Portugal, Spain, Ireland and the UK, as well as local and military dignitaries participated in the traditional Poppy Day ceremony at the British Cemetery in Elvas. Nearly 80 people were present. 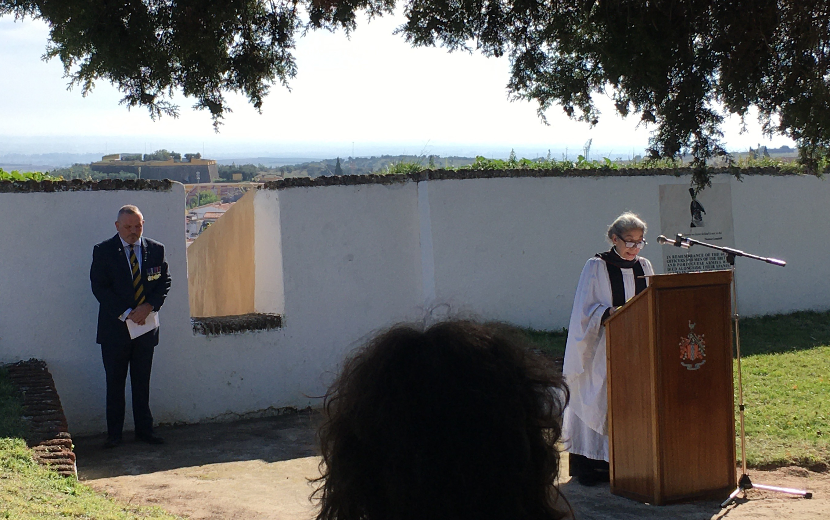 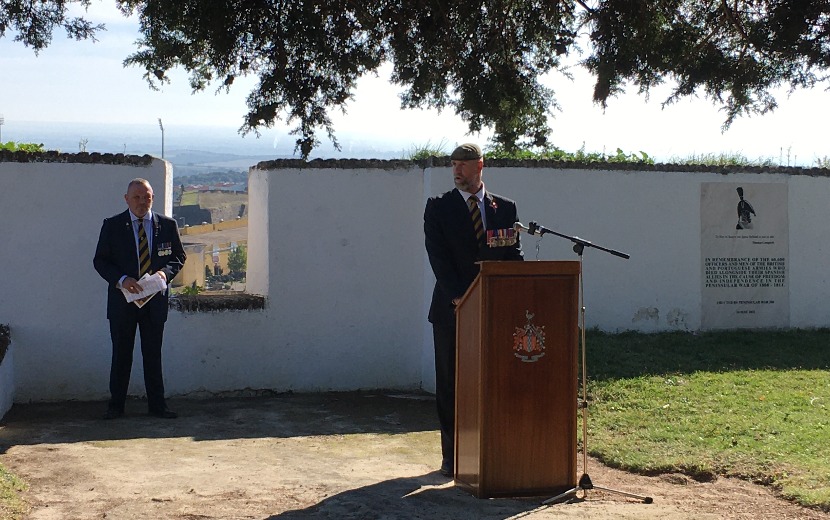 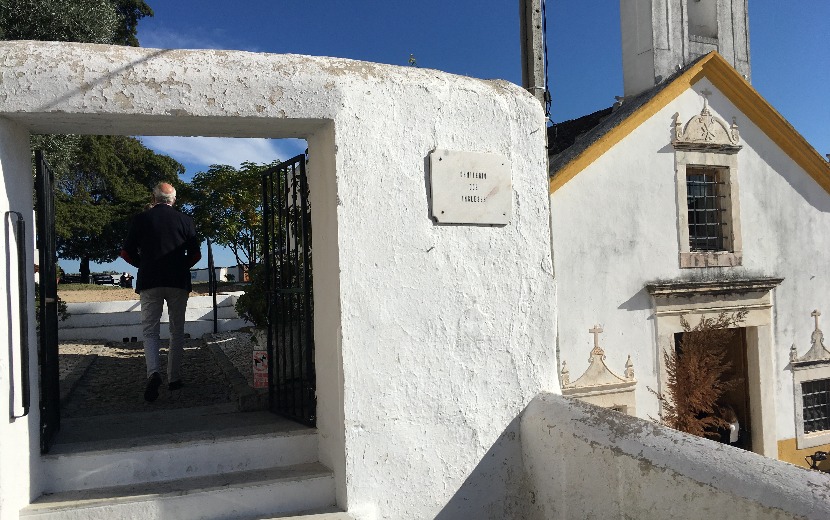 A Communion Service had been held shortly beforehand in the Chapel. The Ceremony was ably led by Stewart Streeting and the religious component was conducted by the Rev. Fran Le Blanc, who had travelled from Lisbon. Stewart Streeting recounted a highly moving story of bravery about the crew of a WW2 bomber whose direly wounded captain flew to the safety of British shores, having been spared by the mercy of a Luftwaffe ace who could easily have dispatched the plane to the depths of the icy sea. Two equally evocative poems were also read out aloud. 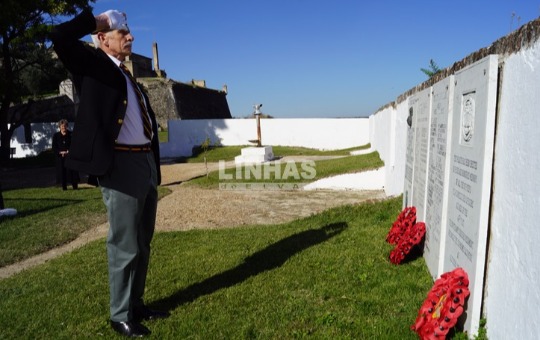 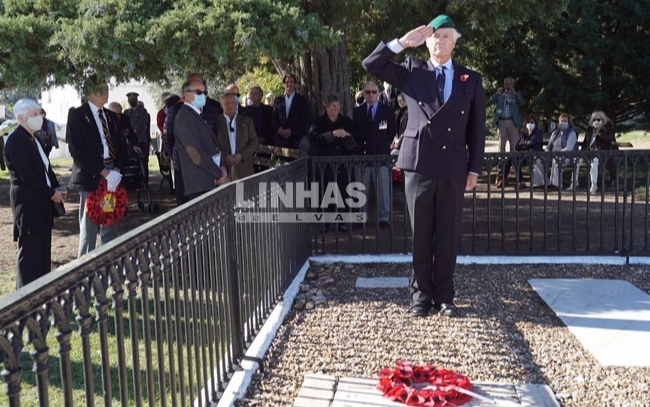 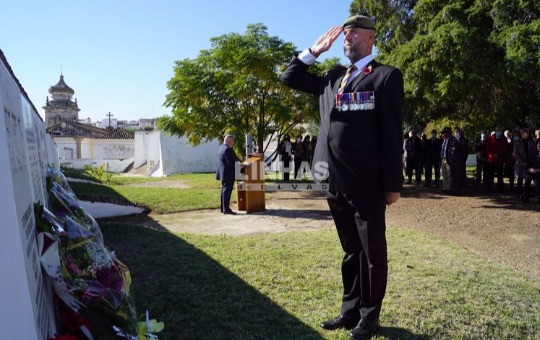 As is customary, after respecting a minute’s silence ushered in by the playing of the ‘Last Post’, poppy wreaths were laid at the foot of many of the plaques commemorating those who died at the Sieges of Badajoz and the Battle of Albuera during the Peninsular War, including the memorial to “The 60,000 Officers and men of the British and Portuguese Armies who died alongside their Spanish Allies in the Peninsular War”. In addition, flowers were laid for the first time in front of the brand new memorial “In memory of deceased Members of the Friends”. 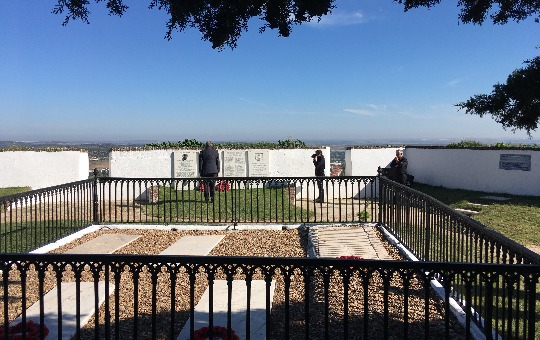 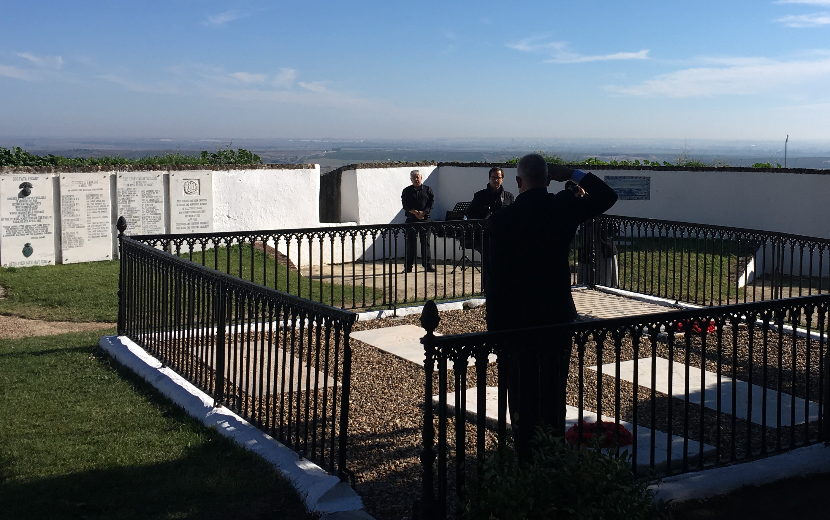 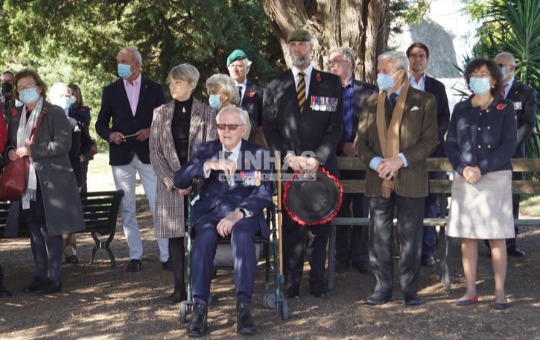 Members of the 'Friends' 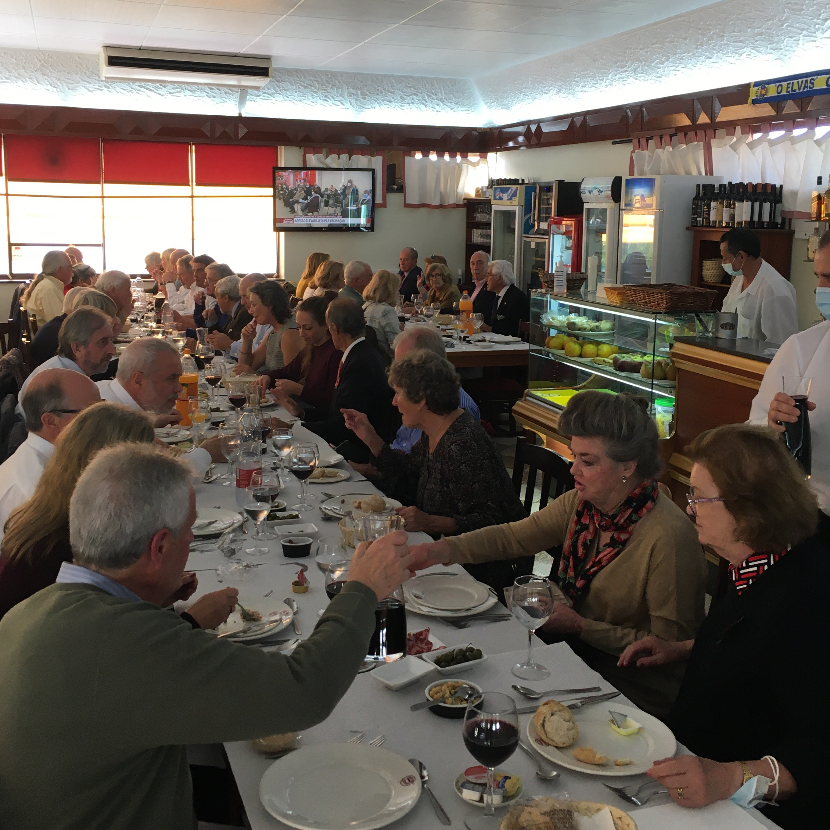 At the end of the Ceremony, the Chair of the Friends, Celia Denney, hosted apéritifs in the shade and subsequently many of the participants stayed on for a lively lunch at the Tif-Taf Restaurant nearby.

Credit and thanks are due to the 'Jornal Linhas de Elvas' for the majority of the photographs reproduced in the report.