Major General Daniel Hoghton, who fell at the head of his Brigade in the Battle of Albuera, on 16th May 1811.  General Hoghton was the 41-year-old younger son of the late MP Sir Henry Hoghton Bt.  Gazetted into the 8th Foot, he was in command of a Brigade in Stewarts 2nd Division.  At the start of the battle this Division was in reserve but was shortly moved to the south to relieve the Brigade of Zayas’ Division of Spanish infantry, which had held the French attack with great gallantry.  For the rest of the day, Hoghton's Brigade was at the centre of the battle and gave no ground, but at horrific expense.  63% of the Brigade were casualties and at the end of the day the senior officer of the Brigade was a Captain.  In one battalion the Ensign of the Colour tore it from its staff and stuffed it in his jacket to prevent its capture.  His body was found and buried by the only remaining members of his company - one sergeant and one corporal. 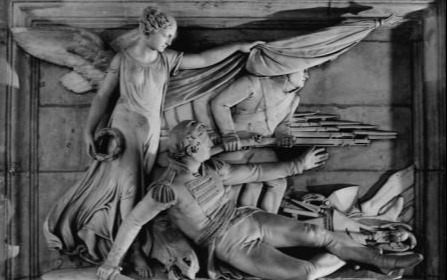 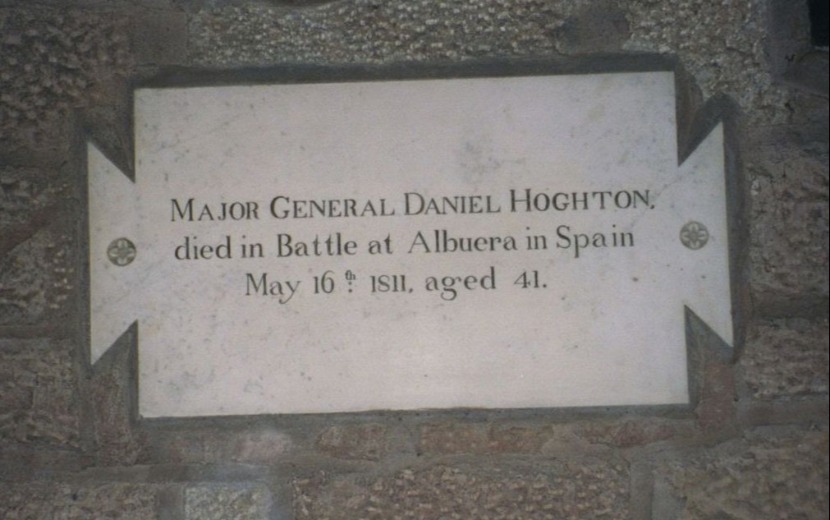 Capt Ramsden, ADC to General Hoghton, left an account of his death.  It was in the early part of the battle and where the fighting was heaviest that he saw the General and his horse fall.  When he eventually reached Hoghton, he found that he had been hit under both arms.  Hoghton tried to remount his horse but was unable to do so and was then carried to the rear, where on examination he was found to be severely wounded. The surgeon told Ramsden there was no hope and General Hoghton died soon after.  On examination his jacket was found to contain more than a dozen bullet holes.

Lieutenant Colonel Daniel White joined the 29th Foot as Ensign on 27 September 1787.  Officers and men of the 29th Foot served on ships of the Fleet to act as marines. White served on HMS Egmont and was promoted on 25 August 1790 to Lieutenant. In 1793 he served on HMS Duke and went with the expedition to Martinique. He was promoted Captain-Lieutenant 5 February 1794 and Captain 1 March 1794. He served in the West Indies 1795-1796 at Grenada. In 1799 was at the Helder and wounded at the Battle of Bergen in October. He was promoted to Major 5 December 1799 and Brevet Lieutenant Colonel 1 January 1805. He served in the Peninsula July 1808 - June 1811 and commanded the 29th Foot at Rolica and Vimeiro. He became Lieutenant Colonel 2 September 1808. In 1809 he was at the Passage of the Douro, the reconquest of Oporto and Talavera. In 1811 White was at the first siege of Badajoz and commanded the 29th Worcestershire Regiment which formed part of General Hoghton’s Brigade at the Battle of Albuera.  He died in Elvas on 8th June 1811 of wounds received in that battle. Lieutenant Colonel Daniel White was awarded a Gold Cross for Rolica, Vimeiro, Talavera and Albuera. His stone was installed in 2003 upon the discovery of his obituary in the Gentleman’s Magazine stating that his remains were interred near those of the late Lieutenant General Daniel Hoghton. 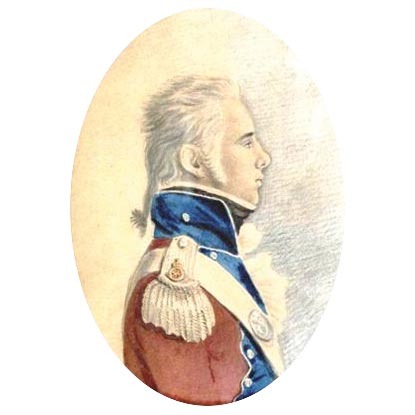 Lieutenant Colonel James Ward Oliver was a Captain in the 4th [King’s Own Regiment] until 1809, when he volunteered for service in the Portuguese Army and was twice promoted. First he was promoted Major on the General Staff of the British Army and then Lieutenant Colonel in the Portuguese Army.  He commanded the 14th Regiment of Portuguese Infantry at Albuera and at the second siege of Badajoz where he received wounds from which he died in Elvas on 17th June 1811 and was buried in the British Cemetery.

Major William Nicholas Bull was born in London on 1st March 1801.  He was never in the British Army but served in both the Portuguese and Spanish armies in the civil wars that followed the Peninsular War.  In Portugal he served in the 20th and 21st Battalions of the 2nd Regiment of the Brigada Real de Marinha for a relatively short time before resigning in1833.  In Spain he served in the English Legion from 1835 to 1837.  On 10th October 1836 he was awarded the Royal Military Order of St Ferdinand, First Class, for distinguished gallantry in the action before San Sebastian on 1st October.  On  3rd June 1837 he was awarded the decoration of Isabel la Catolica, 1st Class, for his gallantry during the operations from 14th to 18th May.  He married Caroline Watkins Williams Wynn and, following his service in Spain, retired with his family to Monforte, about 20 miles from Elvas, where he died on 15th February 1850.

According to Oman's A History of the Peninsular War, Vol VIII - The Biographical Dictionary of British Officers Killed and Wounded 1808-1814, the following four soldiers died at Elvas after the Battle of Albuera and the Third Siege of Badajoz. They may be buried in the British Cemetery: