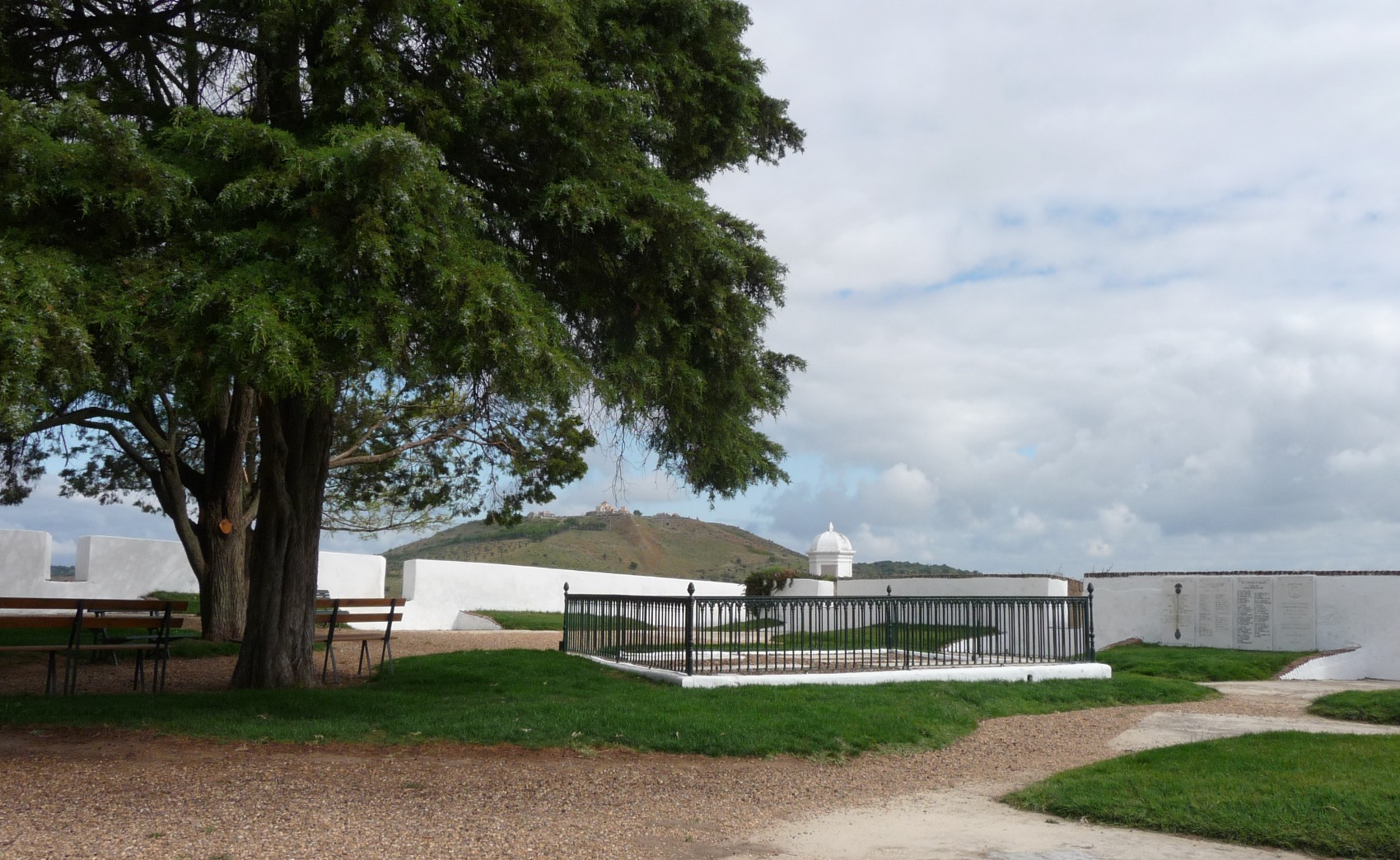 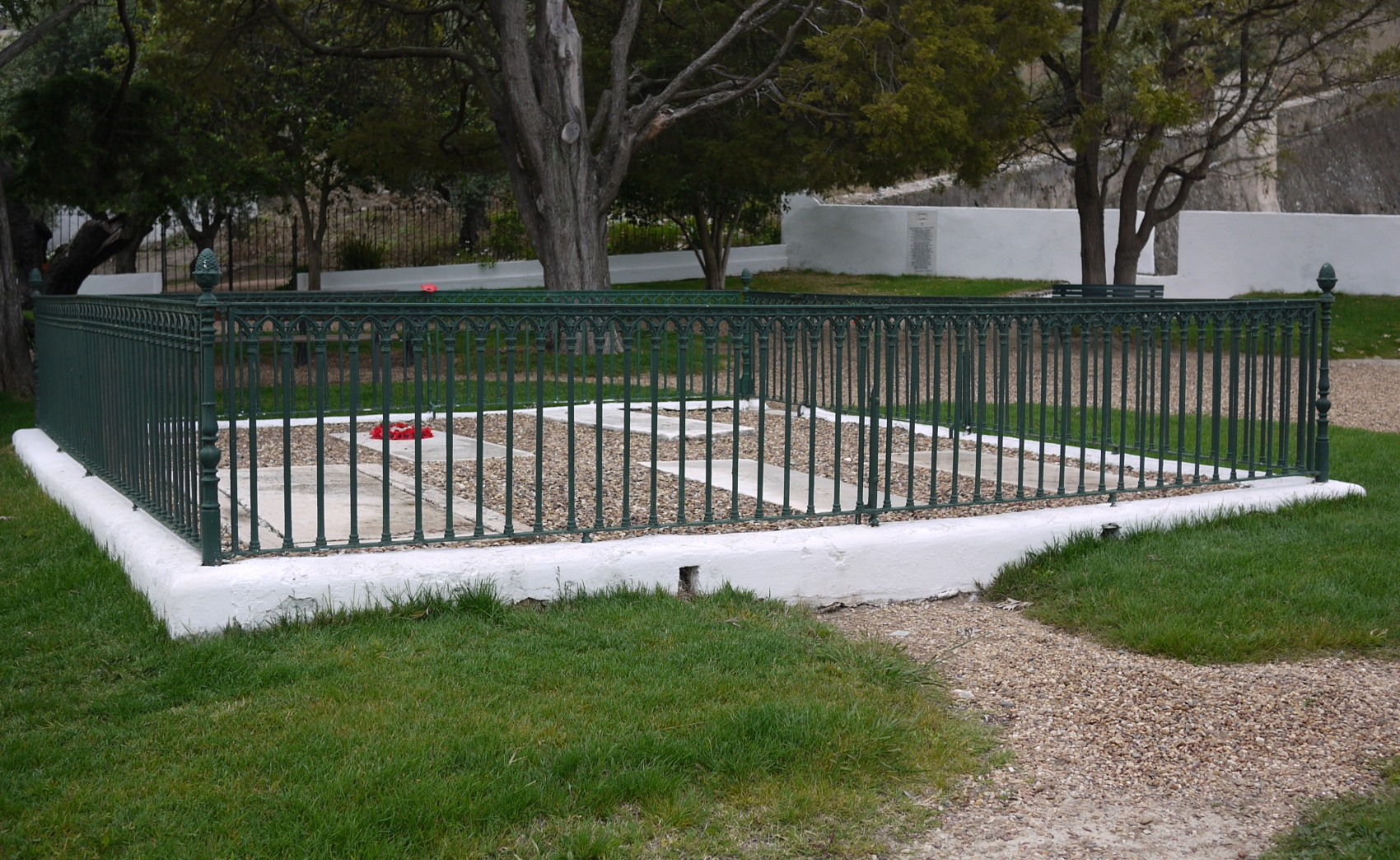 Graves and memorial stones in the British Cemetery 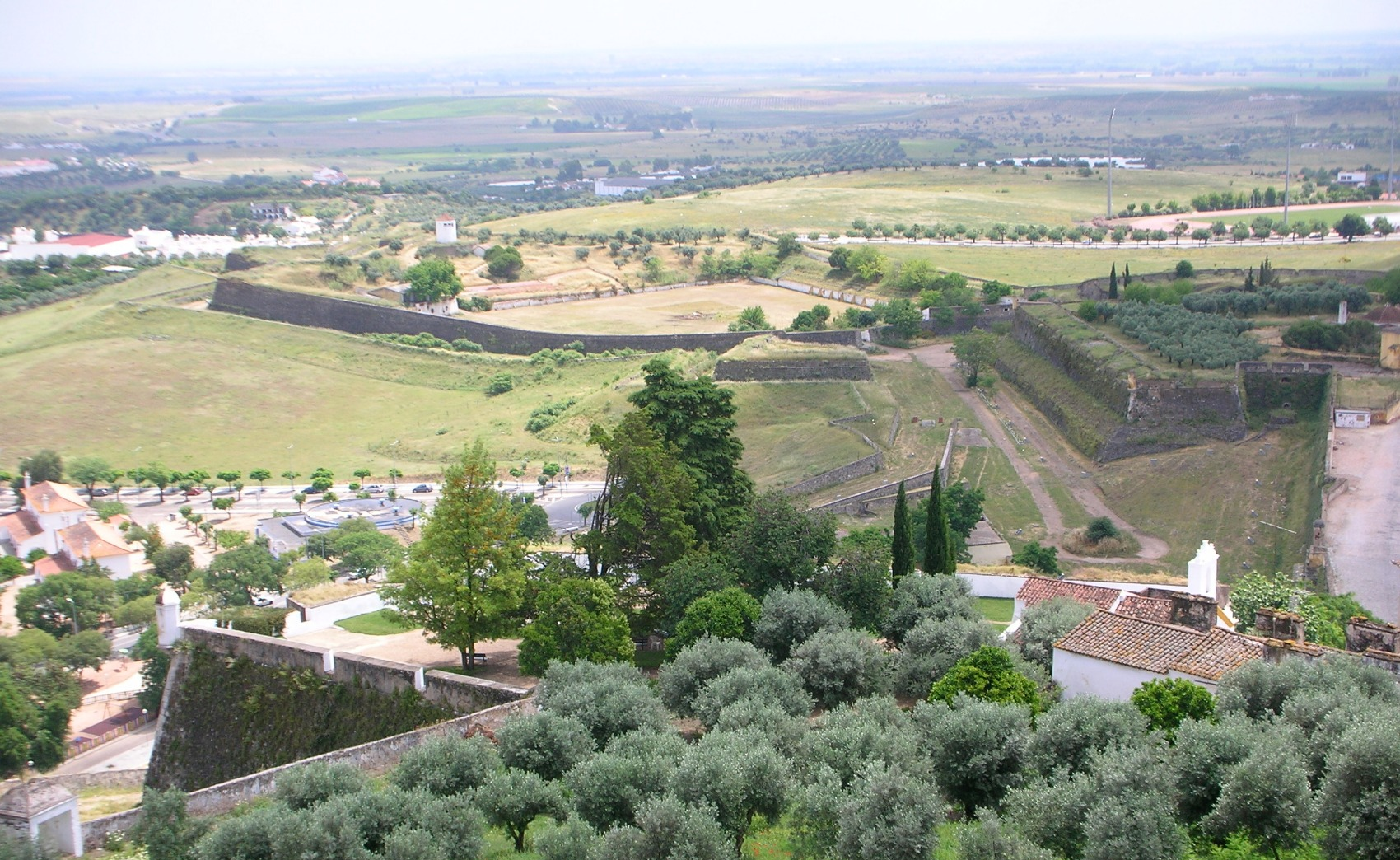 Aerial view of the British Cemetery from the castle 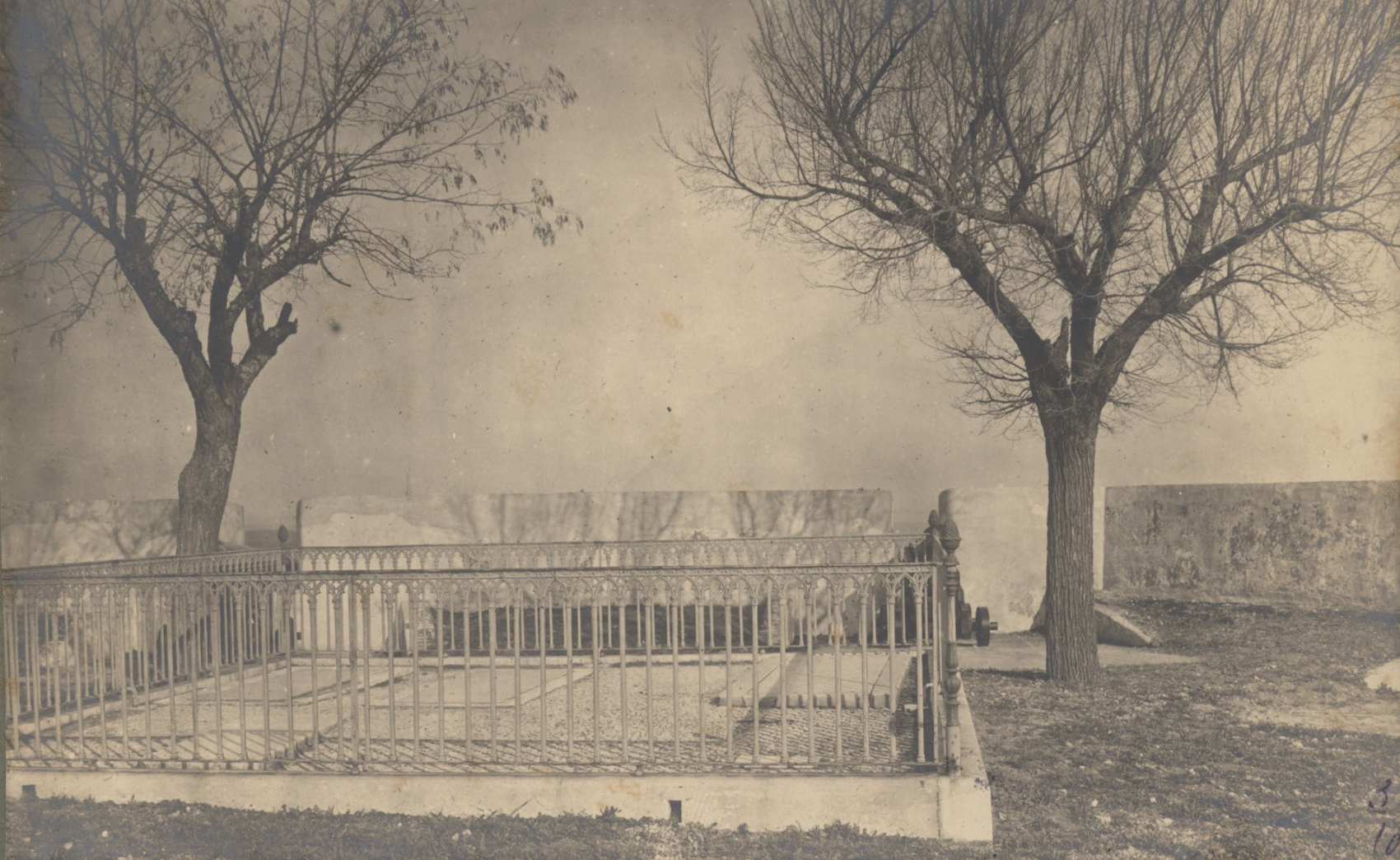 The British Cemetery is situated in the bastion of São João da Corujeira, high on the eastern wall and just below the castle, commanding a fine view over the plain to Badajoz in Spain. The bastion is named after the adjoining chapel, founded by the Friars of St. John’s Hospitallers in 1228, to mark the spot at which they broke into the Moorish defences. The British Cemetery was opened in 1811 to receive the body of Major General Daniel Hoghton, who fell at the head of his Brigade in the Battle of Albuera, on 16th May 1811.

Traditionally, British soldiers were not permitted to be buried in Portuguese or Spanish cemeteries, as they were not Catholics. The oldest military hospital in Elvas, which was founded in 1645, would have been full of both Portuguese and British wounded during 1811 and 1812. When the bodies of General Hoghton and Lieutenant Colonel White were brought to Elvas, Marshal Beresford requested permission from General Leite, the Governor of Elvas, for the two British officers to be buried within the fortifications, these being a military-controlled area, with no need for justification by the Church.

The bastion of São João da Corujeira was ceded by the Portuguese Army, as it is located close to the ancient Chapel. Indeed, Beresford’s own nephew, John Theophilus Beresford, is buried at a bastion in Almeida, after dying from wounds received from storming the Main Breach at Ciudad Rodrigo in 1812.

During the sieges of Badajoz and the Battle of Albuera, the forces of Britain, Portugal, Spain and the German states lost some 11,000 men. 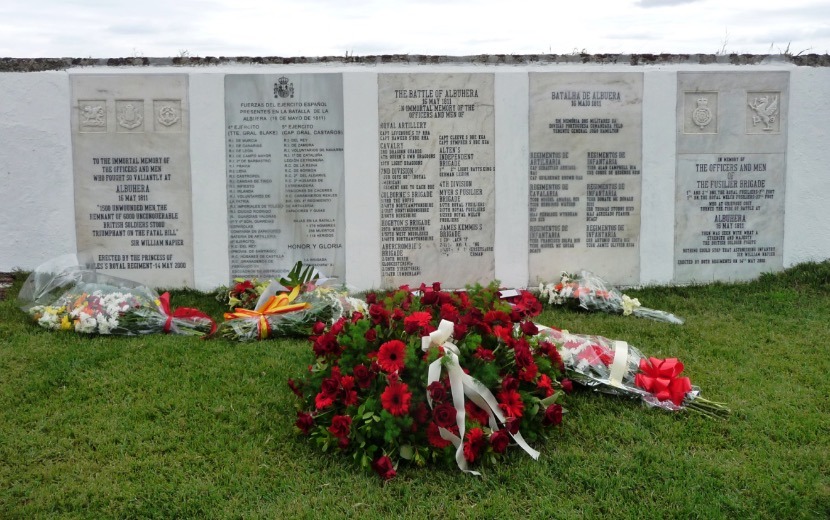 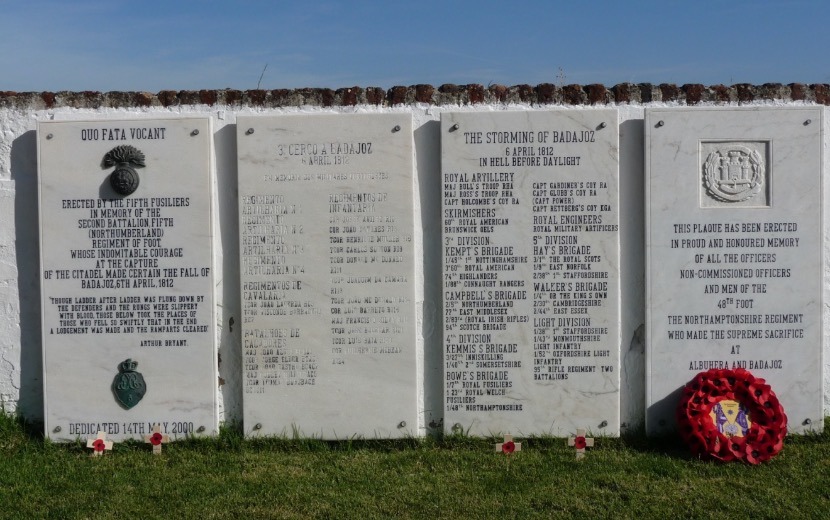 The area of the graves is surrounded by a cast iron railing which was installed on 20th August 1904 by the Military Governor, Brigadier João Carlos Rodrigues da Costa. This fact is recorded by a small stone carved with "G.P.E - 20-8-1904" (Governador da Praça de Elvas). The cemetery was rededicated in 1997. 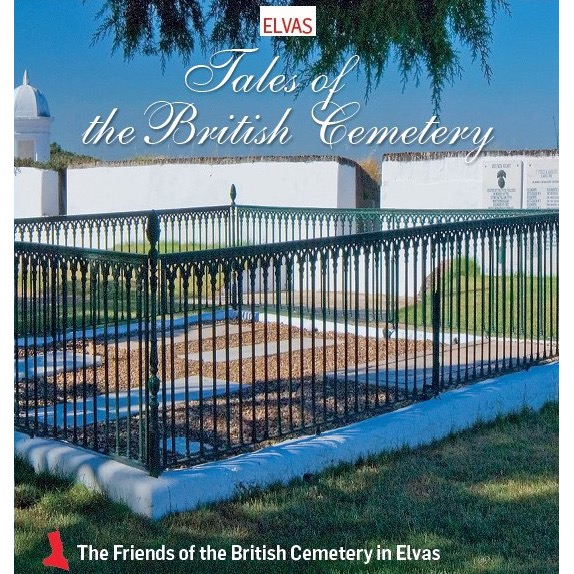 Book on the 'Tales of the British Cemetery'.

Published in 2019, this fully-illustrated high quality book recounts the history of the cemetery and of those buried in it, together with detailed military accounts of the battle of Albuera and the Sieges of Badajoz and also the extensive history of the fortified town of Elvas and other associated tales.