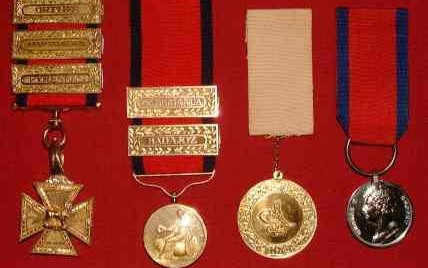 Colonel Sir Henry Walton Ellis was born in 1782 at Cambray, Cheltenham. He was the son of Major-General John Joyner Ellis, former colonel of the Royal Welch Fusiliers, who purchased a commission for the infant as Ensign in the 89th Foot. When the 89th was disbanded the same year, the baby was placed on half pay but brought into full pay in 1789 as Ensign in the 41st Foot. At the age of 9 he became a Lieutenant and at 11, a Captain-Lieutenant. He transferred to the Royal Welch Fusiliers in 1795 and was promoted to Captain R.W.F. in 1796, Major in 1804, Lieutenant-Colonel in 1807 and Colonel in 1814. He was nominated KCB on 2 January 1815.

At the Battle of Waterloo, Col. Ellis was severely wounded in the chest by a shot from a carbine. "Feeling himself faint from loss of blood, he calmly desired an opening to be made in the square and rode to the rear." He was then thrown from his horse while attempting to jump a ditch. One of his men carried him to a small outhouse where his wound was dressed. On the night of June 19th, the hovel took fire but he was rescued by assistant-surgeon Munro. Ellis died the following day, on 20th June 1815. 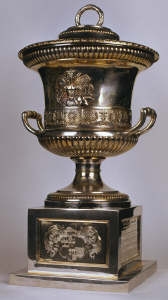 This silver cup was presented on 26 December 1814 to Sir Henry Walton Ellis by the City of Worcester for his services during the Napoleonic Wars.

The Wellington Museum in Waterloo has provided this information: "Tarlier and Wauters (1869) confirm that Sir Henry Ellis was buried in the cemetery next to the Waterloo church. This cemetery, 700 feet to the west of the church, was closed between 1955 and 1975. We suppose that Sir H. Ellis' body was not found 150 years after his burying. The monument which was on his grave was moved to the garden of the Wellington Museum. "

The Wellington Museum adds: "the 23rd Regiment fought with Mitchell's brigade on the west of the battlefield, close to the Nivelles-Brussels road. It is probably there that Sir Ellis was carried to the back. It is possible that he was first buried in the yard of the house where he died but probably not in Braine-l'Alleud or he would have been moved to Braine-l'Alleud cemetery." 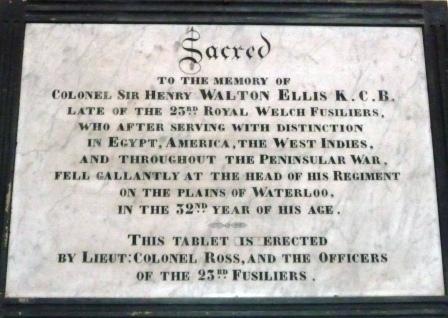 As a token of respect to his memory, the officers, non-commissioned officers and privates of his regiment, the Royal Welch Fusiliers, unanimously resolved to raise a monument by subscription, according to their respective ranks. It represents Colonel Ellis falling from his horse while Victory is crowning him with laurel. The monument is signed "John Bacon London". This is John Bacon the younger (1777-1859) who succeeded to his more famous father's business and was also of repute. He created many monuments in St. Paul's and at Westminster Abbey. 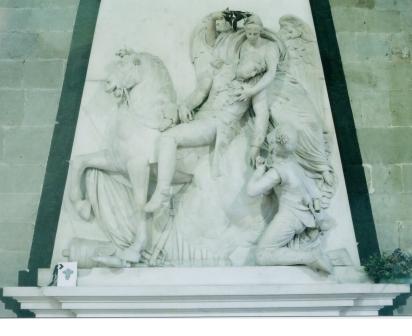 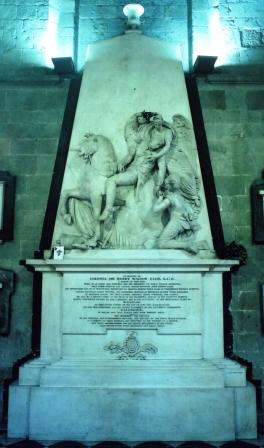 A plaque on this memorial in Worcester Cathedral reads: "In memory of Colonel Sir Henry Walton Ellis, KCB. A native of this city who, at an early age, entered the 23rd Regiment or Royal Welch Fusiliers, then commanded by his father, Major-General John Joyner Ellis, and afterwards led on to honourable distinction by himself, during seven years of unexampled military renown, having received eight wounds, and rendered services as important as they were brilliant in Holland, Egypt, the West Indies, America, Spain, Portugal and France. He fell by a musket-shot at the head of his Regiment, almost in the glorious moment which announced victory to Great Britain and Peace to Europe on the memorable plains of Waterloo. He died of his wound on the 20th of June 1815 aged 32 years. His loss was lamented and his worth recorded by his illustrious commander Wellington in words that will perish only with history itself! This monument was erected by the officers, Non-commissioned officers and privates of the Royal Welch Fusiliers as a tribute of their respect and affection to the memory of a leader, not more distinguished for his valour and conduct in the field, than beloved for every generous and social virtue."

The Prince Regent was pleased to grant to the family of Sir Henry Ellis an honourable augmentation of arms, to be borne by them as a mark of his Highness’s approbation of his services in the Peninsula.

The Peninsular War medals awarded to Colonel Sir Henry Ellis, pictured above, are from left to right: 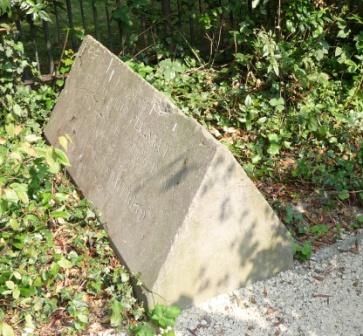